has to make you want to burst into song

In July, we decided we needed a weekend away, and picked Liverpool as our destination, as we hadn’t been for many years.

We arrived on Friday morning, and after finding our hotel, went for a walk down towards the docks.

I love the mix of old and new buildings around the river, and we got our first glimpse of the ferries in the docks.

And of course, the Liver Bird. 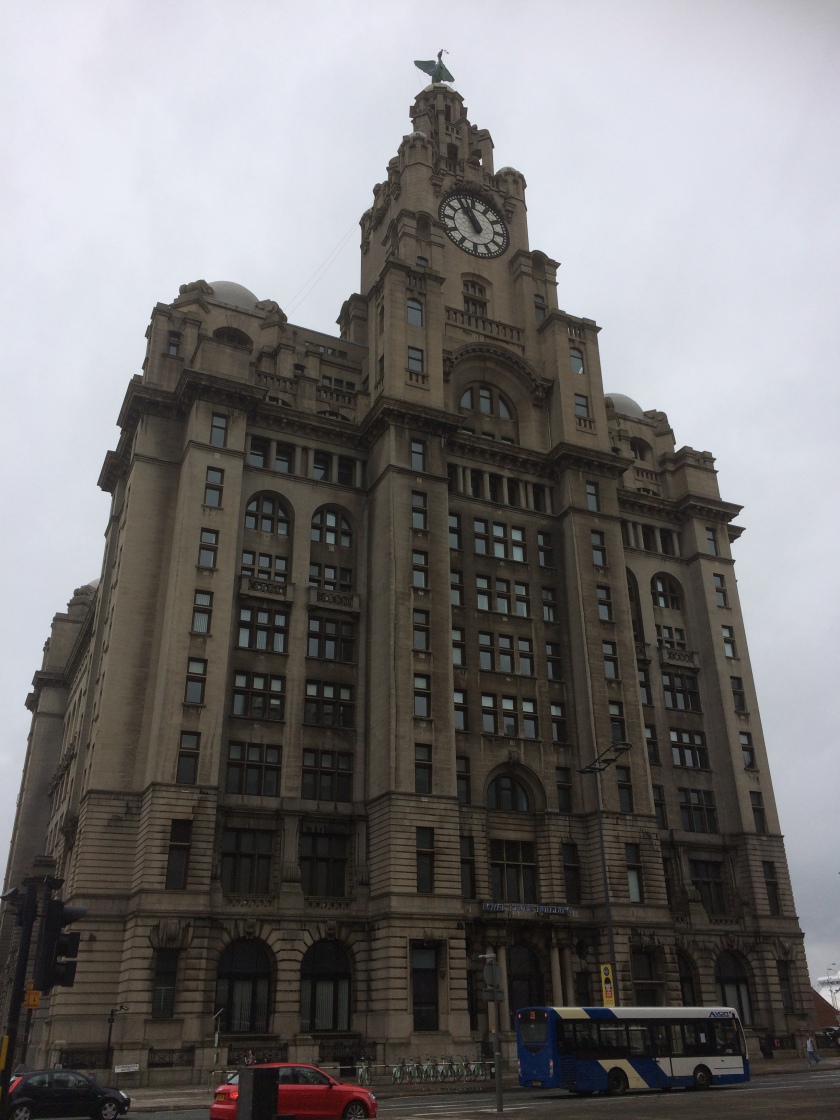 We came across other sculptures on our walk, this one was a crazy telescope

All along the seafront, the tradition of attaching love padlocks continues 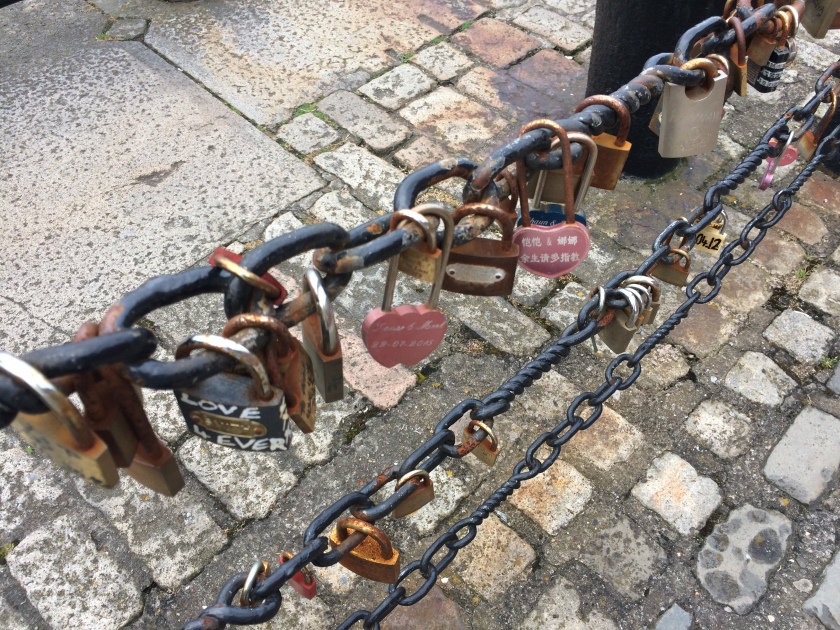 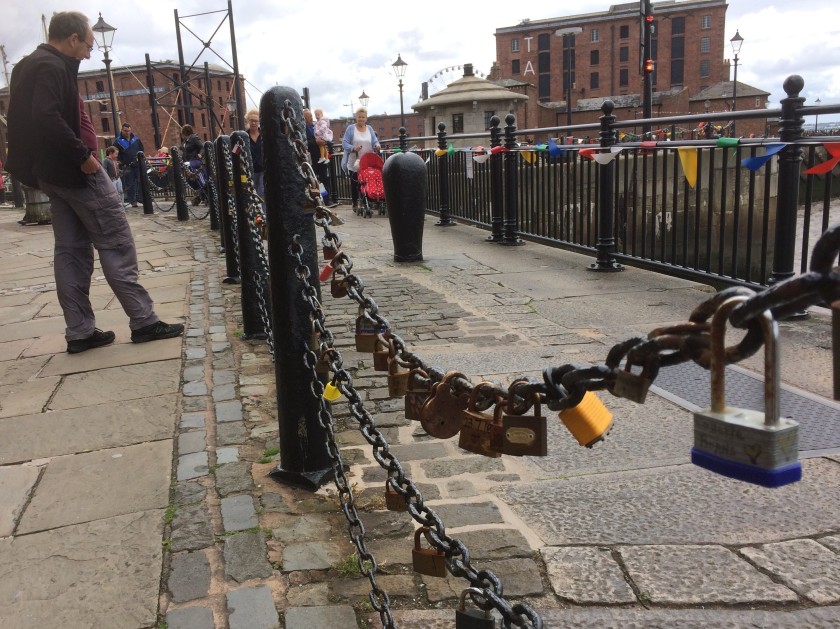 At last we saw the wonderful Dazzle Ferry coming across, which has to make you want to burst into song

Rather than see everything the first day, we wandered back to the hotel, and found The Underground Gin Society bar nearby, which had to be investigated.

Next day we continued our wanders, venturing around the docks

We visited a few of the museums along the waterfront, 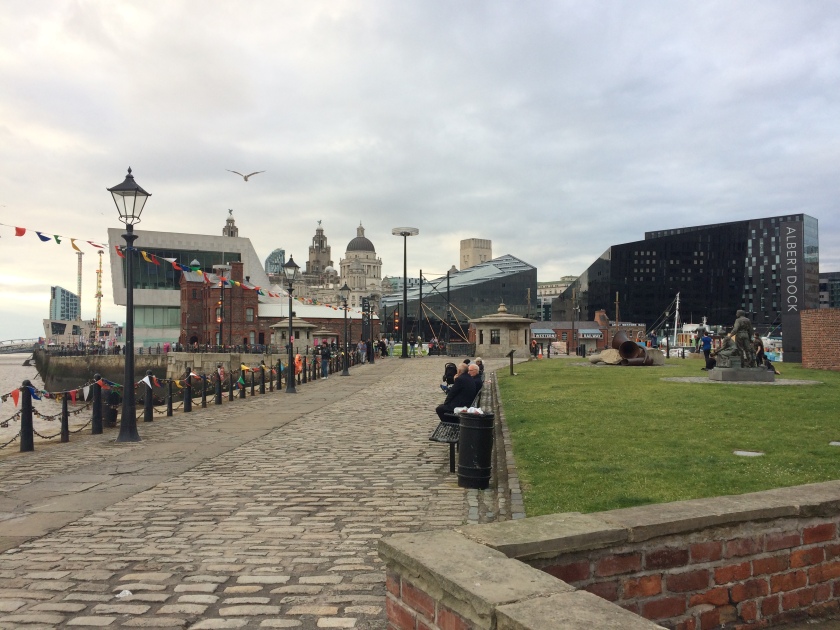 and then ventured into the city towards the Cathedrals. 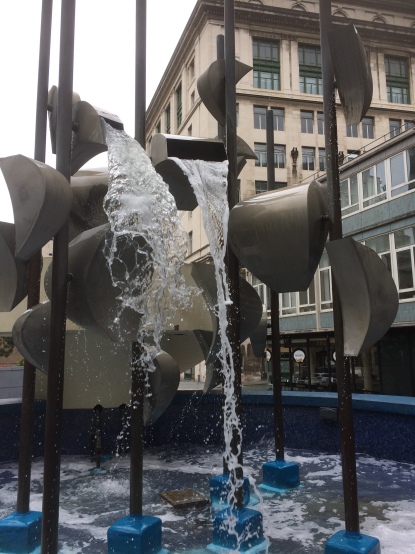 We were unable to visit the Cathedral, as they were holding degree ceremonies, so we entered the Chinese Quarter via this ornate archway, the largest ceremonial arch outside China, I believe 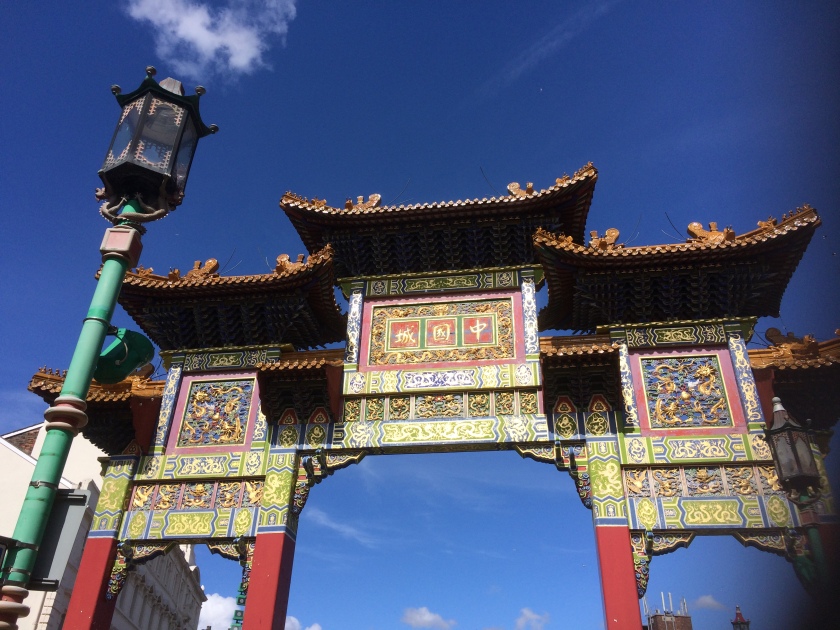 More walking took us down to the shopping areas, and these umbrellas over one road

Ian was amused that the new Shopping Centre is called Liverpool One, and has a Liverpool FC store, but next door is the Everton store, called Everton 2, making the score 2:1 to Everton.

In the docks, the cruise ship Disney Magic was moored and the streets were busy with princes going for a visit.

The majestic building were begging for more shots as we visited the Museum of Liverpool Life. There were stalls and fair rides along the dockside. 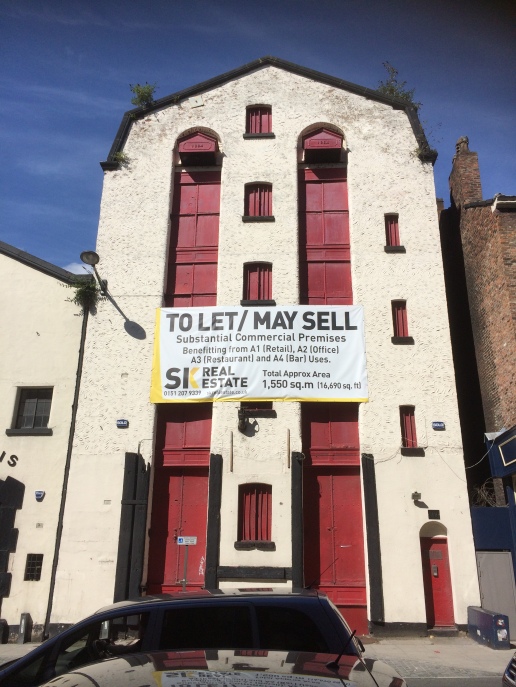 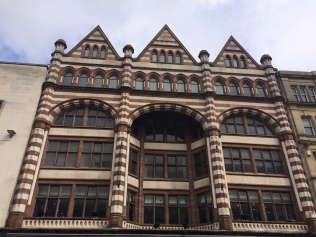 Later on we passed the big wheel 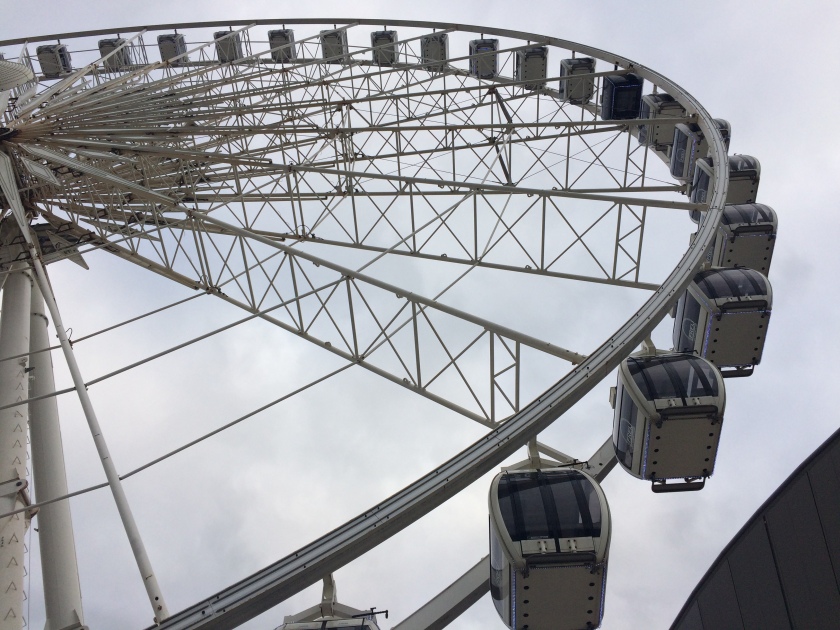 After checking out the Gin Society for a few more samplings, we rested our weary legs for the night.

and a last view of the sites of Liverpool

Finally , could these be the next big band, playing in front of a Beatles mural? 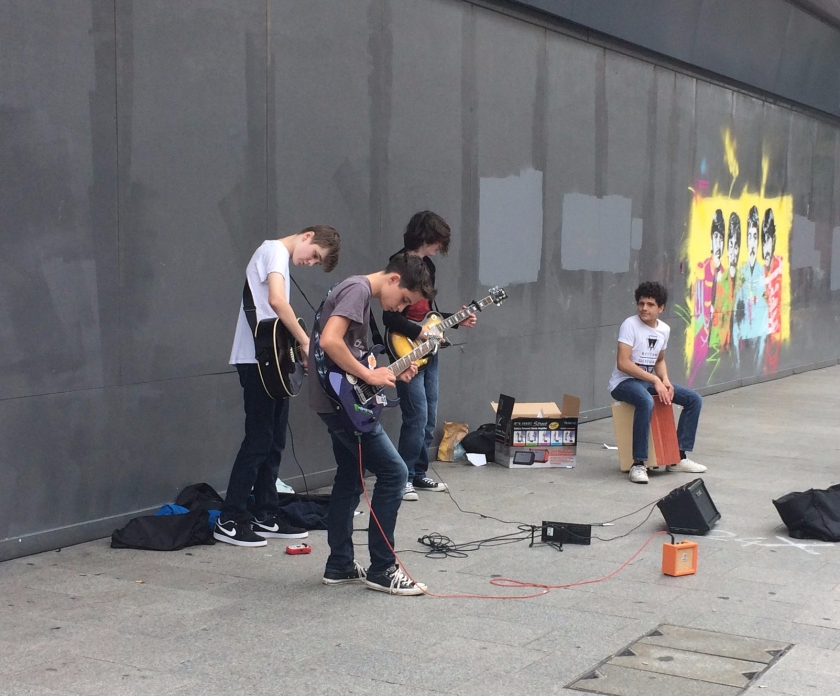